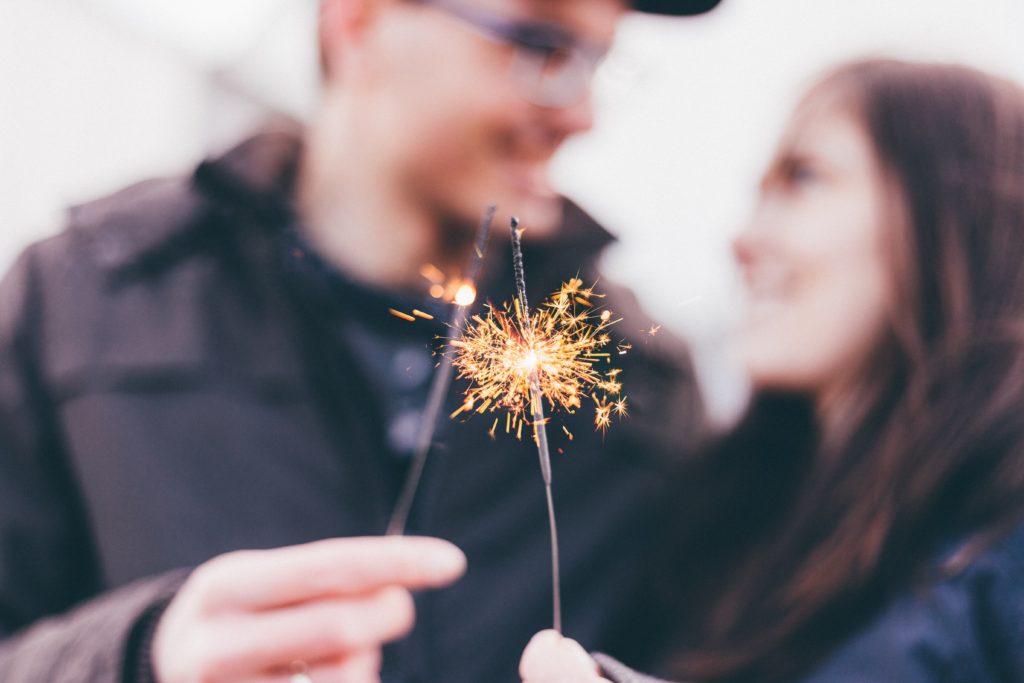 How to avoid Communication Fireworks

It is like watching a calm pile of leafs go up in smoke once a lighted match gets thrown into it.  Many couples tend to argue like a burning leaf pile.  There is a conflict (fire) between them.  They throw in some communication firecrackers, which serve only to spread and intensify the conflict by putting their spouse on the defensive.  Here is a list of common communication pitfalls that tend to create more conflict in relationships:

This communication pitfall can be best described when a couple is in the heat of a discussion and one or both partners may say, “If you ever….then I’ll…” (fill in the blanks). Or maybe one will say, “Don’t you ever say (or do) that again or I’ll leave (or divorce) you”. We rarely solve anything when one or both partners act out of a threatening posture.

Better Choice: Instead of making threats, why not ask for simple clarification instead.  By asking for clarification in a calm tone of voice then we are able to understand our partner’s reasons for their behavior.  If we are having a hard time being calm, then it may be a good idea to take some time out to calm down our thoughts, feelings and behaviors. This is a great way to de-escalate the argument.

This communication pitfall takes place when one partner identifies a negative trait or behavior regarding their partner and “labels them” as such.  For example by saying “You are driving like a maniac, just like your father”.  Or “You behave just like your father, a couch potato”.   Most partners try this technique when they are trying to “help” their partner see the “error of their ways”.  However, this “name calling” usually tends to place your partner immediately on the defensive as they usually feel insulted and criticized.

Other common phrases include: “That’s just stupid!” “That’s silly!” “Don’t be ridiculous!” When one partner spits out these statements, it’s the same as calling the other “stupid”, “silly”, or ridiculous”. It degrades that person’s character.  Those kinds of statements tend to be cruel.

Better Choice: Instead of name calling, focus on the main issue.  If the problem is speed, money or lack of attention, etc, keep the conversation about those issues.  Resist the temptation to make it personal.  It could be said in this way: “honey, I’m feeling queasy. Could you drive more slowly? I’m getting pretty anxious.”

Recognize the feeling and communicate it.  Commit not to use profanity or call your spouse names.

This is a common pitfall for most couples.  Although, it is true that we can often feel angry in response to our mate’s actions.  But it is inaccurate to say “You make me so angry”.  Your emotions are in your control- not somebody else’s.

A great way to know if you are placing blame on your partner is to watch how often you put the word “you” at the beginning of your sentences. For example “you don’t listen to me when I am talking”.  While that statement may be true, it’s a blaming phrase and will quickly be seen as an aggressive move.  And your spouse will respond in kind.

Better Choice: A more affective way to communicate is to use “I feel” statements; “I feel unheard”, “I feel disrespected when you interrupt”. “I need you to listen and try to understand what I am feeling”.  Spouses feel much less defensive with this communication technique.  But you need to be careful not to manipulate the “I feel” into a blaming statement.  Saying “I feel that you are a jerk” won’t elicit a positive response.

This communication pitfall contains words such as: always, never, and every time.  Using these words may seem harmless on the surface but their impact on an argument can be deadly.  As soon as you say “you never pay attention to me”, or “you always say that”, your spouse is thinking of an exception.  Rarely, if ever is an exaggeration true.

Better Choice: There are other ways to phrase our thought that can have a better response such as “I feel cut off when you don’t let me finish my thoughts”. Focus on the here and now rather that connecting today’s disagreements to past problems.  If there is an existing pattern and you need to make that connection, pick one instance rather than saying “always” or “every time”.

Self-control implies that we don’t have to speak everything we think.  The art of conflict resolution isn’t so much about proving our point, but it is using tools that work rather than throwing in firecrackers that explode.  If you have tried these suggestions and continue to feel that your communication continues to escalate, don’t despair, an experienced marriage counselor can help you to develop healthier communication patterns.  Remember that great communication provides one of the building blocks of a great marriage.

Please visit my couples counseling page for more information on how I can help.

What is your love language? →