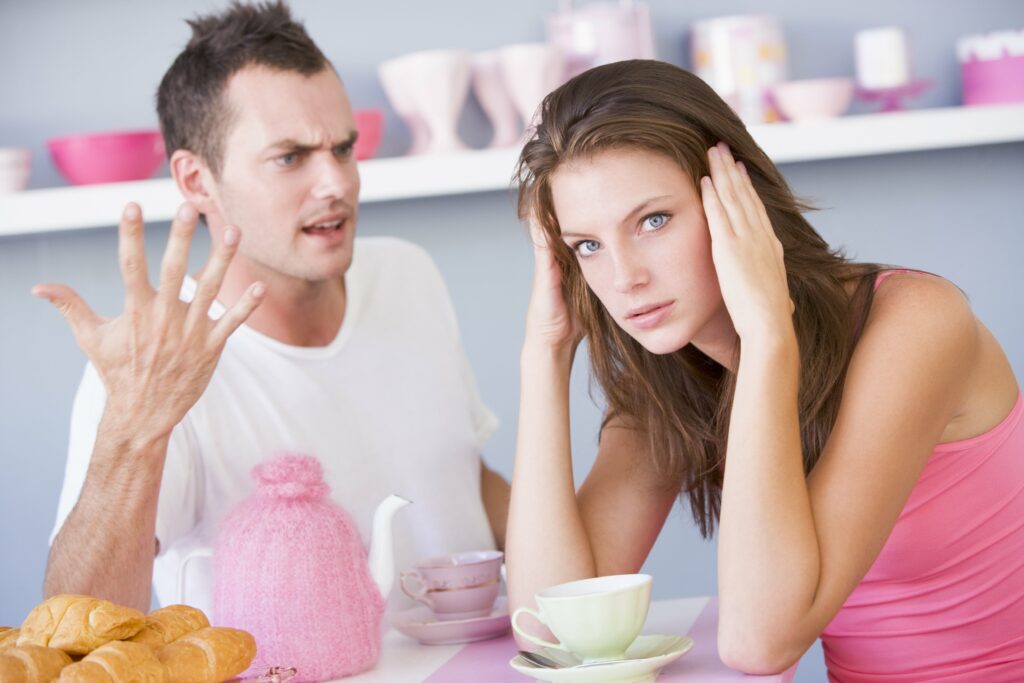 All couples have rules that they follow in their own marriages whether they know it or not. These are usually unspoken rules that were passed down from generation to generation through parents, grandparents and close family friends.

However, when we look at some of those rules in today’s marriages, we begin to notice that are in great need of an update. Maybe you have noticed lately that you seem to be struggling in your marriage and you are left wondering if there are things that may not be helping your relationship. I invite you to take a look at two of the most enduring myths that cause communication issues for couples and new rules to update them.

Myth: Never go to bed angry. If you don’t hash through every conflict right away, it will lead to resentment and ultimately result in blow ups.

The idea that is important to settle every disagreement before the end of the day is pretty well known. And many couples have accepted that if issues are not addressed at once, all the unresolved conflict will just get worse and they fear that they will get angrier and angrier with each passing day until someone will finally explode over an uncapped tube of toothpaste.

Ideally, of course we would all be able to truly forgive every disagreement and make up before bedtime. But guess what? No one is that perfect. And, in reality, most couples don’t solve problems well when they are mad at each other.

In fact, “the idea that it’s helpful for couples to air their grievances in the heat of the moment is probably one of the most dangerous marriage myths out there”, says John Gottman, Ph.D., author of The Seven Principles for Making Marriage Work. “Often, nothing gets resolved -the partners just get more and more furious”. When people are overwhelmed by emotions like anger, they experience what psychologists call “flooding”. This is a physiological response that leaves their hearts pounding and their concentration shot, and their ability to resolve arguments fairly or amicably goes up in smoke.

New Rule: Sleep on it. Conflicts are best dealt with when you have calmed down emotionally thus allowing your brain to reset and when you are well rested.

Rather than to stay un to debate the disagreement, Gottman suggests that couples set aside a moment every night to focus on what is good about their marriage. By building what he terms as their emotional “love banks” it prepares couples to deal with disagreements much easily.

Then he suggests that “no matter how angry each of you may be at each other to kiss good night for six seconds”. As difficult at this may sound and even when the kiss may only last six nanoseconds because you will be so mad and tired, he believes that small acts of love like this one helps to re-build loving feelings for each other and avoid communication issues.

That’s not to say that conflicts don’t have to be dealt with. To make sure that disputes don’t get swept under the bed sheets, Gottman recommends having a standing, short “State of Our Union” meeting each week (just not at bed time). Take turns telling each other something about your marriage or your partner that you appreciated that week, and then afterwards each of you gets to bring up one issue. It will be so much easier to see your partner’s good intentions and thus be more open minded to hear the issue at hand.

Myth: One day the two of you will just realize that you have grown apart and fallen out of love.

The belief is that some couples just drift apart as their personalities change or their interest diverge. But experts say if you look closely at most happy couples, you will be amazed at how little they actually have in common. For example, a wife can be spending every spare hour crafting and the husband might be the world’s most ardent sport fan. Yet they have discovered ways to be themselves and together at the same time. That means that sometimes she knits on the sofa to keep him company while he watches the Reds battle the Mets.

New Rule: A marriage doesn’t run on feeling- it thrives because both spouses work hard at it.

Couples that worked their way through hundreds of disagreements (illnesses, financial problems, kid’s issues, maybe even an affair); survive because they understand that they are a team, and they work to find ways to come together, whether is in a crisis or in good times. This creates the basis for a strong marriage

The truth is, we all change constantly, and that is a blessing. If you stayed unchanged forever, life would just be too boring. But make sure that you and your spouse are checking in regularly with each other. And that all the little marriage compromises and negotiations are making you both feel happy and involved in each other’s evolving lives. That way you can grow together, rather than apart, and if anything, feel even more in love than ever.

By implementing these new rules, your marriage is sure to become stronger and better. However, if you find that are stuck in any of these myths and that you are struggling in your marriage, you can always obtain help from a trained couples counselor to help you get “unstuck”.

I am a trained Gottman therapist who specializes in helping couples develop new ways of communicating with each other.  If you are ready to make a change visit my Couples Counseling to learn more about how counseling can help.

← Ten ways to improve your relationshipRecover Your Love: Why Marriage Counseling Matters →